Please Welcome Our New Baby: a message from Kat & Jarrod
January 20, 2022 by Jarrod

If your world needs some wonderful news we (Kat and Jarrod) invite you to share in our joy. Friends, Kat has given birth to a healthy beautiful baby boy. Please welcome our lil’ 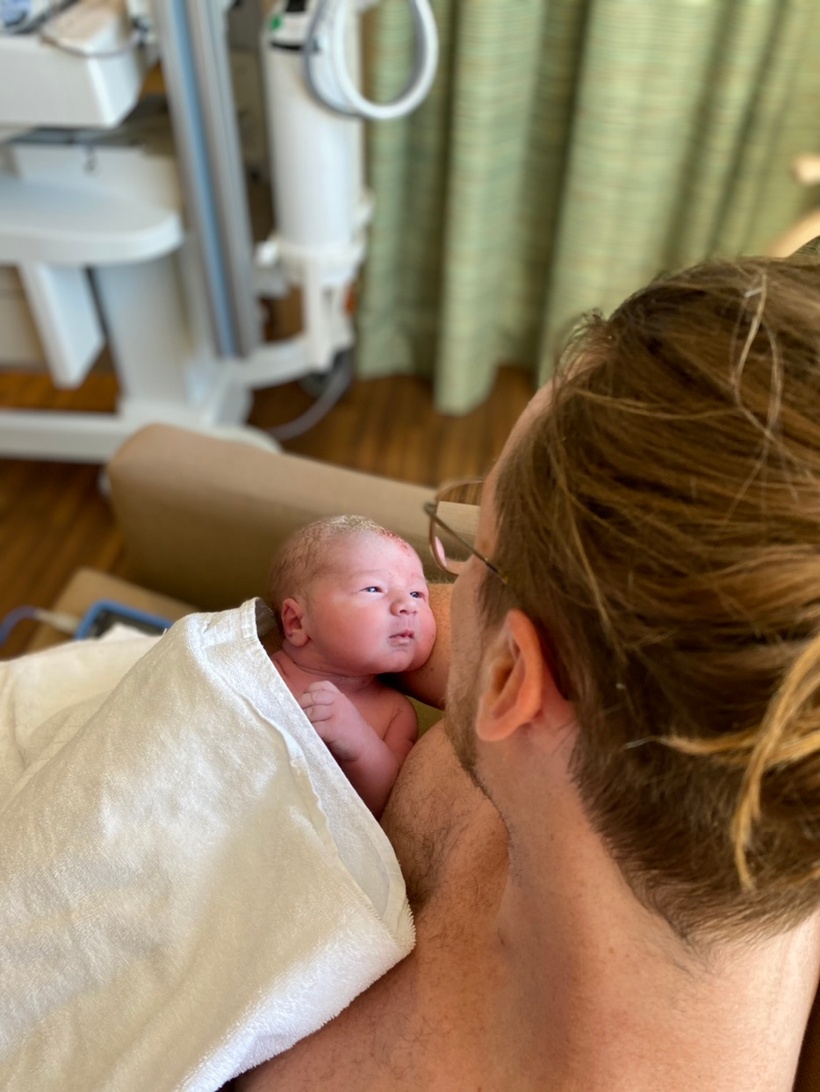 Kat is doing really well. We are giddy, tired, and full of radical amazement at God’s gift of life.

Thank you all for the kindness, prayers, gifts, messages and support. We are so thankful for a wonderful community to celebrate with us. The following is a tear-soaked, praise-filled, joyous and oh-so-Jarrod (*insert eye roll*) glimpse into the stirrings of our little one’s name. But in short, 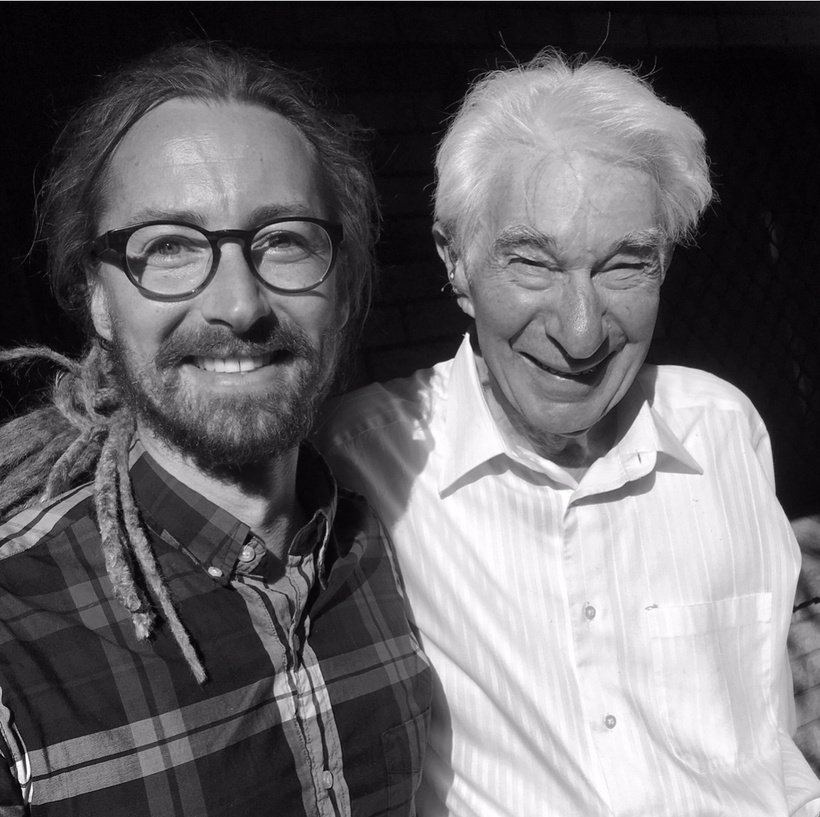 Noel (as he was commonly known by his middle name) was integrity coupled with prayer in motion as humble service. A theological vision as warm as his smile and as sharp as his mind, he was opposed to fundamentalism, lifeless theological liberalism and megachurch consumerism. He loved Jesus, which is to say, he loved the Gospel. He was the first Australian President of the Baptist World Alliance yet would set up chairs before worship and serve cups of tea to anyone and everyone after the service. An academic with the heart of a pastor, even his sermon titles were often so anointed they could throw wide your imagination and heart to the Spirit of God. (A sermon on Jesus’ silence before Pilate comes to mind called, “Never Stand in a Place where Jesus has Nothing To Say To You”). A champion of democratic ecclesial politics, women’s ordination, Baptists Against Racism, the peace church tradition(s) with a heart for the poor and vulnerable. He was the friend of those the world deems “nobodies and no-hopers” while meeting world leaders, popes and the likes of Rabbi Abraham Joshua Heschel and Coretta Scott King. He was a lover of James Baldwin (my one first addition was inherited from him and I’m trying to steal the rest from Aunty Val), Karl Barth, gardening and praying the Psalms. He put Baptists internationally in formal conversation with Anabaptists for the first time in 350+ years and established a theological institution that what was renamed “Vose Seminary” after him, to his embarrassment. American “Southern Baptists” loathed him. Which is a way of saying, he was a legend. He loved me, encouraged me in our Anabaptist/Catholic Worker Commune and supported my environmental/peace/refugee activism in every way. Yet, everyone who knew him would say the same. He loved well, both God and therefore neighbour.

Gough Whitlam was Australia’s greatest Prime Minister. Full stop. Happy to discuss it but this is the correct answer. As Noel Pearson said, (in maybe the greatest eulogy I have heard in my life), “I don’t know why someone with this old man’s upper middle class background could carry such a burning conviction that the barriers of class and race of the Australia of his upbringing and maturation should be torn down and replaced with the unapologetic principle of equality. I can scarcely point to any white Australian political leader of his vintage and of generations following of whom it could be said without a shadow of doubt, he harboured not a bone of racial, ethnic or gender prejudice in his body.”

Gough Whitlam is responsible for more visionary egalitarian and democratic reform than any other leader in Australia’s history. This includes but not limited to, universal healthcare, free university education for all, Aboriginal land rights, the Racial Discrimination Act, legal aid, equal pay for women, paid maternity leave for public servants, welfare reform for the homeless, widows and single mothers, and the abolition of military conscription and the death penalty… to name just a few. That’s probably, as Wikileaks exposed, why the CIA and MI6 conspired remove this democratically elected Australian leader in a political coup that too few Australians reflect on, after just 3 years in office. Gough, what a legend. 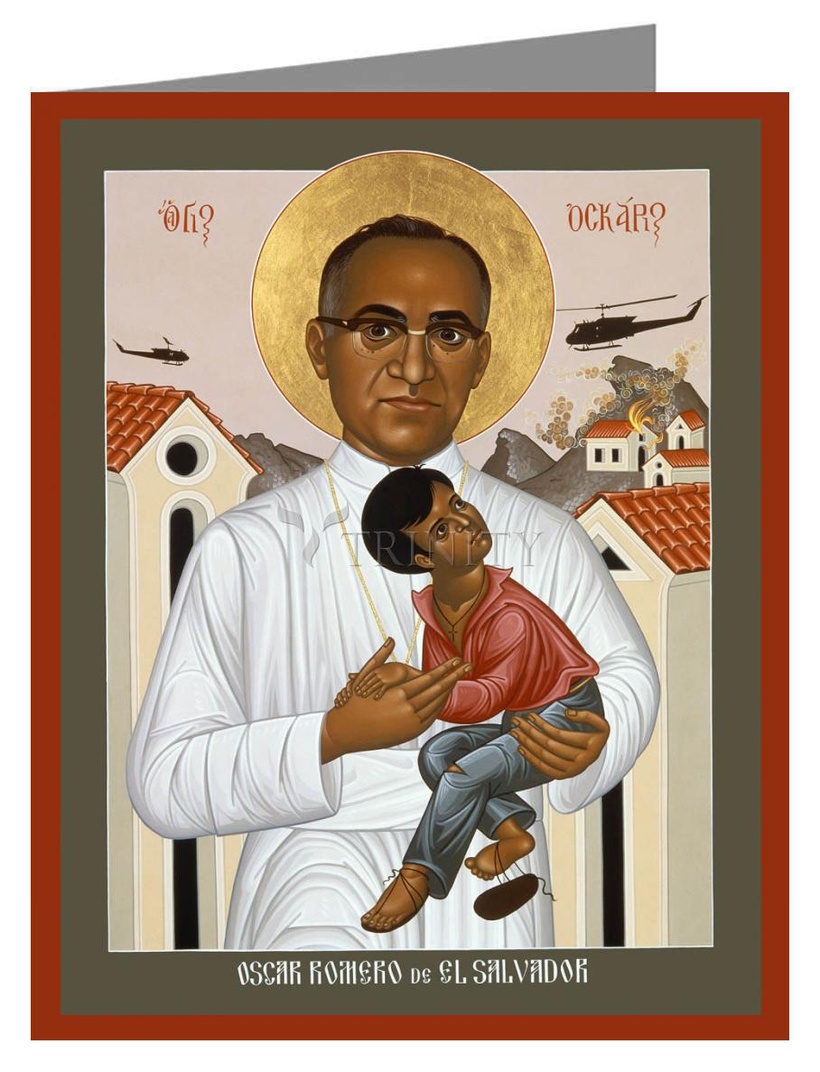 Talking CIA making bad stuff happen, our baby is also named for the martyr Óscar Romero. Romero was the Archbishop of El Salvador for just three years before he was murdered for his solidarity with the suffering poor. They crucified him with a gun while he shared communion. As a young man, Romero was shy, conservative and deeply devout. He preached and practiced a love sincere but separated from the other than personal realities of life, often characterised by the use of terms like “charity”. That was until the assassination of fellow Christians working with the poor which called forth in him a conversion. Not a conversion from atheism to faith but from private pietistic charity to prophetic Jesus-like justice. As he reorientated his life among the vulnerable he realised, “there are many things that can be seen only through eyes that have cried”, including, “Some want to keep a gospel so disembodied that it doesn’t get involved at all in the world it must save.” Óscar Romero told the truth like it would set his people free, even to the point of death. During the repression, Óscar Romero’s sermons were broadcast as one of the few channels to hear the truth of those who had been murdered and had “disappeared”. Two of my favourite quotes from his homilies include,

Óscar is also a wonderful Irish name that Kat actually approved. 😂 As Daniel pointed out this probably saved our baby from having “Seán Darragh Oisin Tadhg Suibhne McKenna” on the birth certificate. 😂 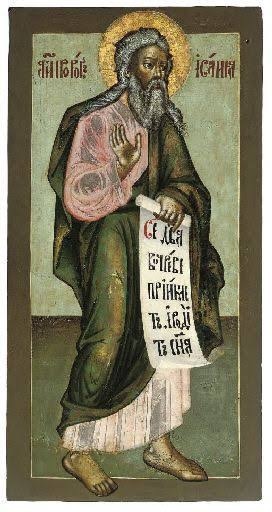 The 8th century BCE Hebrew prophet. Jesus paints with the poetry of this Hebrew prophet more than any other in his ministry. The New Testament references Isaiah over 80 times. Amongst the early Christians it was referred to as “the fifth Gospel” and Gregory of Nyssa wrote that Isaiah “knew more perfectly than all others the mystery of the religion of the Gospel”.

And most importantly when it comes to these names, Kat like the sound of them (as well as the meaning).🤣

Please join us in prayer for this little one. That our little Gough might grown to live God’s liberating love by which and for which he was created. 🥰

Oh, and for our InVerse community, there is talk of Pastor Sarah Quint leading a welcome ceremony for our lil’ Gough Óscar Isaiah, so stay tuned. 😍

Rev Dr Raphael Warnock at Trinity United Church of ChristJanuary 22, 2023
Decolonising Sunday School is back for 2023!!!January 12, 2023
“I beg of you, do not take Christian Nationalism lightly. It is a threat to all of us.” -Dr Drew HartDecember 6, 2022